Skip to content
Club Championship
14 October 201215 May 2020 Steve Lovell 3 Comments
Colin Roberts, our Club Championship organiser, is keen to start the next Club Championship at the end of this month in the hope that it will run better than last year. As before, there will be two groups divided to give the best fit to the grading range of the players involved; typically, this results in an open section and an under 120 or 125 division, but this can vary.

If you would like to take part (probable maximum number of games to play between now and May is five or six, minimum number probably two or three; games can be played at Club nights or elsewhere) please e-mail Colin to this effect no later than October 31st. E-mail, too, if you have any questions about the competition.

Colin’s email address can be found on the contacts page. 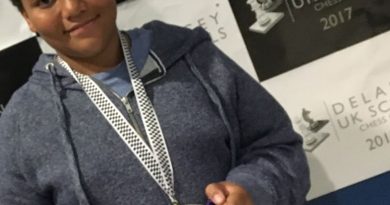