Chess study is hard. Chess improvement is hard. I’m sure there are lots of chess players out there who like me have got plenty of partially read, or even completely unread chess books on their shelves. How much better would I be if I’d read all those books? I don’t know the answer to that, but I’d like to share with you a few ideas which in recent years have helped me improve my grade from around 100 ECF to 150 ECF (that’s about 1450 ELO to 1825 ELO). These ideas are mainly aimed at players in the sub-125 bracket, though the next couple of paragraphs may be useful beyond that.

Learning from your games

Nearly every coach will tell you that you need to go over your games, especially your losses, work out where you went wrong and learn the lessons. If you go wrong in the opening, or in a technical endgame, then it’s important to look up what you should have done, and to commit those things to memory. That’s easier said than done, of course. Especially if your memory is anything like mine. However, this is often not a helpful approach. When you’re out of the opening, and not in a recognised endgame there is no concrete theory to memorise, but there are still plenty of ways to go wrong.

Having religiously analysed my games for several seasons, I decided it wasn’t enough to simply work out where I’ve gone wrong. Many of my games were being settled by gross blunders and it’s obvious without further analysis what cost me the game. That’s not always the case, but at my level it’s often the case. Working out where I went wrong is easy. The question is, what to do about it? To answer that, you need to know not just what you did wrong, but why. Knowing the “why” means you don’t merely have something to remember, but something to address, something to change about the way you’re playing the game. Perhaps it’s a thinking pattern you need to break. Perhaps it’s one you need to establish.

My first and most obvious “why” was that I kept overlooking simple tactics. These tactics weren’t anything I hadn’t seen many times before. So why was I missing them? What was I doing at the board, or failing to do, which caused me to slip into such ridiculous mistakes? Here some concrete advice from Ed Player was particularly helpful. His commonsense advice was that every move we should make sure we consider all the checks, captures and attacks on the queen (or major pieces). We should not only consider those available to us, but those which will be available to our opponent should we make the move we’re considering.

For a player of my standard, this takes some time … and depending on the situation on the clocks you may need to cut this short. Still, I’ve found this advice amazingly helpful. In years gone by, at the board my thinking has been very unstructured and more based upon how I feel about the position than on any objective assessment. Such feelings have their place, but they need to be undergirded by at least a minimal awareness of the tactical situation.

This gives me something concrete to do at the board. If I reach a position when I really don’t feel I know what to do, I always make sure I carry out these basic checks. What can I capture? What checks are available? Can I threaten their queen? Do the resulting positions look good? If I make such-and-such a move, what can they capture? What checks will be available? Can they threaten my queen? How do I like the look of the resulting positions?

At 150 ECF, I still make stupid errors, and it’s mostly because I struggle to follow my own advice as given above. But having improved significantly on that, I now begin to notice different patterns in “why” I lose. More things I should try to address. It’s all grist for the mill.

What’s your “why”? Perhaps you’ve found a way to address it. Do you have any useful routines for at the board which you’d be willing to share? 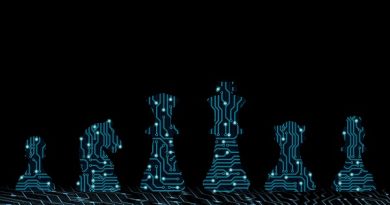 The Electric Monk: How Not To Analyse Your Games 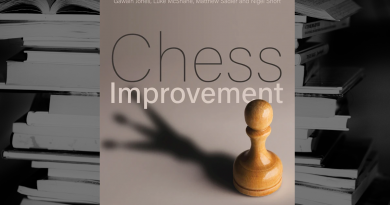