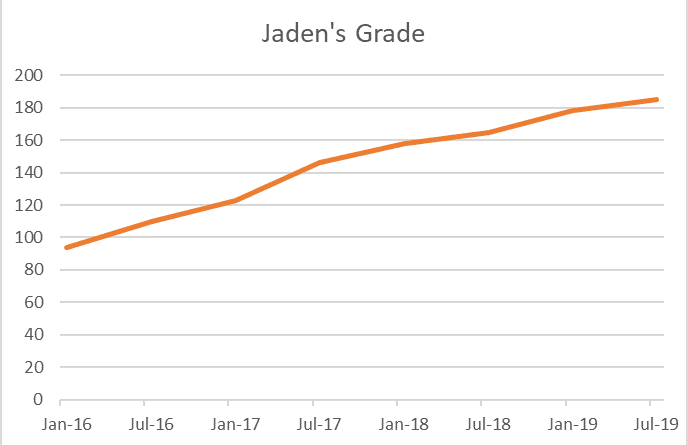 As many of you may know, our junior superstar Jaden won our Club Championship when it was reintroduced in Summer 2017, and successfully defended his Club Champion title in 2018. With just one round to play in the 2019 event, he’s very much in the driving seat with four wins from four, and his nearest rival, Zia Quader, is a full point behind.

Zia, who joined the club in 2018, will be Jaden’s opponent in the final round. A draw will be sufficient for Jaden to retain the title, meaning Zia will need to win to claim the trophy.

I haven’t been fortunate enough to see much of Jaden’s games in the first four rounds, but he’s dispatched his opponents with apparent ease. In his round one game, a rare misstep saw him in trouble against Hugo Smith. But where Hugo failed to take his opportunity, Jaden didn’t need to be asked twice, and emerged with the full point. In round two, from what looked to me like a clearly drawn endgame, Jaden conjured a win against the super solid Jan Balogh. Jaden went on to defeat his erstwhile coach Bob Jones in the third round, and in round four dispatched the wily and experienced Alan Watkins.

In the four-week hiatus between rounds four and five of the club championship we’ve seen the release of the ECF’s summer grades and a 5-round rapidplay at the club, both with great outcomes for Jaden.

At the club rapidplay event, Jaden faced opponents including Jay Magpuyo (graded 140), Steve Lovell (153), James Pack (159), Mark Le-Vine (202) and Jan Balogh (168). Only Mark managed to take anything from his game with Jaden; a draw the result after a horrible time scramble for both players. Being busy with my own games, I only witnessed one of the games in any detail: the game against me. We reached an unbalanced position where I had a lead in development and held two pieces for a rook and pawn, but when the position became less concrete Jaden showed his superior understanding, finding plans to improve his pieces while I floundered. I eventually dropped a crucial pawn with a frankly shameful blunder, essentially handing Jaden the game. So, with 4½ from 5, Jaden once again finished on top of the pack. Congratulations Jaden.

Meanwhile, in the ECF’s grading list, Jaden appears with a new grade of 185, an increase from 178 in the January list. It’s amazing to think that Jaden’s first published grade of 95 was as recent at January 2016; his rise has been nothing short of meteoric. He is already well established as a formidable opponent in the top flight of the local chess leagues. By grade, Jaden is now 37th in England’s list of under-18 players, and eighth amongst under-15s. He is also Suffolk’s highest graded junior player. 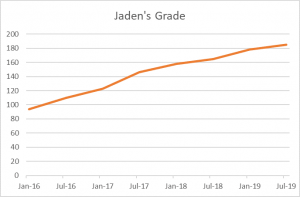 With the final round of the club championship just around the corner, we’re eagerly anticipating a good fight in his game against challenger Zia. I’ll be reporting the result here in around a week’s time. 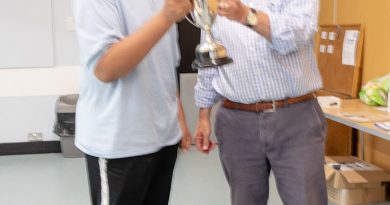 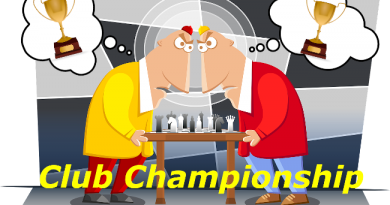